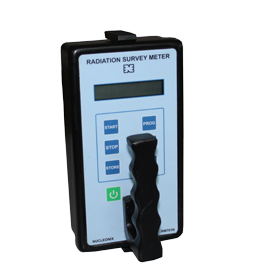 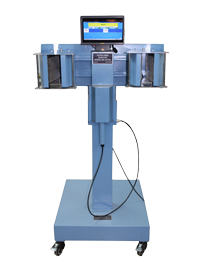 RC605D is highly recommended for gross alpha/beta activity / contamination measurements (in water & other environmental samples) with one of the detector probes, as required. This system can be used in radio analytical labs, Health physic counting labs and Environmental survey labs at Nuclear power stations. Dual scintillator based probe is the latest addition & most desirable and recommended for simultaneous counting of alpha & beta activity in a given sample , thus it saves time when compared to using of separate probes for counts of α and β.

Dual Scintillator probe DS166 – 2 designed, developed & manufactured by Nucleonix systems measures simultaneously both alpha and beta activity present in a given sample separately. It uses dual Scintillator covered with aluminized mylar which is coupled to 2 inch PMT, facilitating one to count both (a) filter paper deposited samples & (b) planchet samples. To minimize the gamma background adequate lead collar / brace shielding has been provided.

Note: With additional lead shielding background in beta channel can be brought down further, if required

(iii) Dot Matrix Printer: Radiation Counting System has a built-in centronics printer port, it can be directly connected to a printer.Data readings stored in the unit can be downloaded onto the printer (Care should be taken while choosing the printers not all printers are compatible.Please consult Nucleonix systems for choosing your printer).